I will send you exclusive ecommerce tips and tricks on how to grow your business.

Less than a couple of years ago Facebook Commerce seemed to be inevitable. It just seemed one of those things that are just waiting to happen. Yet it didn’t. After a promising start, e-Commerce’s wonder child just stopped being interesting.

How did that happen? After all – so many were jumping the wagon and everyone was just eager to tap into Facebook’s social market. Well … Facebook’s IPO happened. Its market cap dropped. It got dizzy and greedy. All of a sudden Facebook stopped being a revolutionary product. It stopped valuing its users, be them companies interacting with customers or users (sometimes) willing to have a virtual conversation with a company. 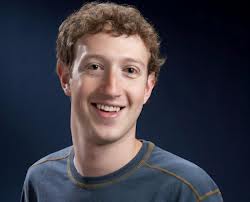 In may 2012 Facebook introduced “Promoted Posts”, marketed as another way for page owners to advertise their pages. It slowly, but surely, grew into a steady source of income and a few months later the company allowed page owners to promote pages not only to fans but also friends of fans.

Meanwhile, the Big Daddy of all social networks thought … “hey, there’s a lot of spam out there and people kind wanna spam each other on Facebook too. What if … “.

5 minutes and absolutely no second thoughts later, Facebook introduces … get ready … the option to send unsolicited messages to complete strangers. If paid. Wait a minute … isn’t this spam? Oh, yes it is.

While allowing advertisers to post ads on walls of people completely unconnected to their page, send messages to anyone on Facebook, whether they opted in or not, and generally ignoring the concept of privacy, the company still has the nerve to say … “The problem we face with the news feed is that people come to Facebook everyday, but people don’t have enough time to check out absolutely everything that’s going on” (Will Cathcart, Facebook’s News Feed Product Manager).

Facebook has very long term strategy and short term tactics. How about something in between?

Given this approach, where Facebook showed absolutely no consideration for either users or advertisers, it was of no surprise companies were going to pull back a little bit on their Facebook spending. Facebook Commerce, potentially one of the greatest streams of revenue the company could have tapped into, given the rise and rise of online commerce, was badly affected.

Payvement, a company providing retailers with access to F-Commerce features, just announced it will shutdown Payvement and its partner website Lish.com. The market reacted quickly to the news. Media’s backlash focused on Facebook Commerce but the bottom line is not just about commerce. It’s about Facebook’s vision. We know Mark Zuckerberg  wants his company to usher in a connected world, with no communication restraints and no privacy. We also know that those who invested in the company early on are now pushing for financial results. What  we do not know, and probably Facebook’s management doesn’t either is – what is Facebook all about? Now.

In order to address F-Commerce issues the company may need to take into account a different perspective on its product and market. It has to address some issues such as:

Right now the usual Facebook page post reaches approximately 7% of all fan base. Let’s say a Social Media Manager has the audacity to wish for its message to reach all of its fans. Remember – these are people that willingly pressed the “Like” button, knowing that means they will receive updates.

In the mean time – Facebook decides reaching the audience is unethical if unpaid for. Yet if you are a brand and you are willing to pay you can reach your audience easily. And their connections. And their inboxes. And soon enough – their mobile phones.

If you were a large retailer you would think twice before moving your ecommerce operations to a company that neither cares for your business nor does it have any clear development strategy.

2. Facebook.com is just a tool.

The social network concept is out there. Facebook is not innovating anymore. At least nothing useful and visible. Soon enough it will be replicated by a company with a better vision and greater care for its users and advertisers. It is not the first social network and it certainly won’t be the last. Judging by current events Twitter and maybe MySpace (the new one is just amazing) might actually stand a chance at Facebook if they keep on this way.

3. How about thinking before rolling in the changes?

Facebook is an engineers company. Trial and error was fun back in the day and it probably worked when there weren’t 1 billion users actively using it. If you think about it, Apple is also an engineers company but it evolved a human approach. They listen to their customers, even when they are not speaking. Unlike Apple’s, Facebook’s customers, the advertisers, are not really glad about their purchase.

How about the company puts a little more effort into improving its user and customer experience and less into imposing new features that usually help no one?

Facebook needs to think a little bit more on its overall strategy. It really has to figure out what the “F” in F-Commerce stands for. Mark, you gathered 1 billion people, you got this far, don’t “F” it up!